We love the start of the year, and if the media is to be believed, we will all be driving self-driving cars before we know it.  However, some things that will happen in the world of motoring in 2015 for certain are:

It’s what car owners have been hoping for a long time, the drop in fuel prices below £1/litre.  Well, according to Petrol Prices.com, the elusive 99p/litre has been spotted over the border in Ireland.  Seeing these prices so close to home, and in the days of supermarket price wars, it could be as early as the end of January when they arrive on UK shores.

In the meantime, for the cheapest petrol prices in your local area, why not download Petrol Prices app.

From 8th July 2015, the DVLA will no longer issue photocard licence counterparts and they won’t be valid.  In simple terms this means if you have a photocard licence, you will be required to destroy the green counterpart.  However, if you are very old school and ONLY have a paper driving licence (issued before 1998) then you need to keep it – any points would be recorded electronically instead. You would be issued with a photocard when you came to renew your licence.

If you are one of the many who forget their counterpart when going to a car hire company, you will be pleased to hear that the information that they look for will be available online, and you shan’t be faced with a £10 admin fee which some car hire companies charge for contacting the DVLA. 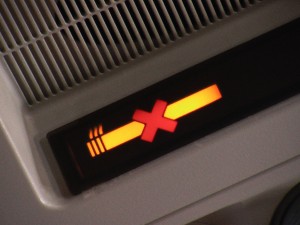 As of 1st October 2015, it will be illegal to smoke in cars carrying children.  Parents or other adults will not be allowed to light up in a car if it is also carrying someone under the age of 18.  Offenders could be faced with a fine of £50 rising to the eye-watering sum of £10,000 for drivers who fail to prevent passengers from smoking.