A Motoring Year in Review

It’s nice to take stock of what has been happening throughout the year and see what valuable motoring lessons we’ve learnt. Welcome to Volante’s motoring year in review.

Motoring Laws Introduced in 2019
Compared to 2017 and 2018, there were relatively few new motoring laws introduced.

Smart Motorways
These have been in the news for most of the year and there is still debate on whether they can be safe if there is no hard shoulder. However the main reminder is NOT to drive in a lane marked with an X (designating a blockage or accident) as you could face a fine up to £100 and three points on your licence.

Ultra-Low Emission Zone (ULEZ)
On April 8th 2019, the ULEZ replaced the T Charge and you now need to pay £12.50 if Euro 4 petrol or Euro 6 diesel standards are not met (at all times within the congestion charge zone). From October 2021, the zone will be expanded to the North and South Circular roads boundaries, so if you own an older vehicle then you might need trade it in for one that meets the specified exhaust emission standards.

Brexit – what you need to know about driving in Europe
The deadline for Brexit has been pushed back many times but now more than ever, it really does look like we might leave the European Union this year. It’s still uncertain about what will be required but we think that UK drivers may need an International Driving Permit (IDP), as well as other documentation to drive within the EU. It is also recommended that you display a GB sticker on the rear of your vehicle if you drive within the UK, even if you have the identifier on your number plate. 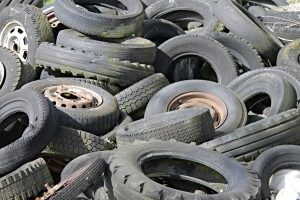 Environmental Stories
Volante Garage in Edmonton covered many environmental issues during 2019 including:

Electric Scooters
In 2019, we saw a rise in the number of people using electric scooters on our roads. Following a number of accidents, the Department of Transport have been debating whether they are suitable for road use in this country.

Crime
We covered a number of vehicle crime-related stories this year, in the hope that we can spread awareness and advice:

So on behalf of the Volante team in Edmonton, we wish you a very successful 2020.