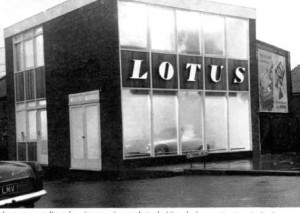 We’re not sure how many of our customers who brought their cars in for a service or MOT at MEB Motors know that Tottenham Lane (where our garage is situated but further down the road) was also home to the original Lotus showroom.

According to Wikipedia, the first Lotus Cars factory was set up in stables behind the Railway Hotel in 1954.  In the beginnings, Lotus sold cars primarily to privateer racers and trialists.  Early road cars could also be bought in kits to save on purchase tax!  Next to the pub was the first Lotus showroom which moved to Cheshunt in 1959 (to a new purpose-built facility).

Colin Chapman, founder of Lotus Engineering Ltd in 1952, not only has a memorial plaque in his name at the site of one of the original Lotus office buildings but his very own museum (albeit in the cyber world at present).   In 2004, 7 Tottenham Lane was added to the Haringey Council’s register of Local Listed Buildings.

However, the Lotus showroom has recently been in the press, under threat of demolition by current owners Jewson.  Graham Arnold’s son, Chris Arnold lodged an objection, as reported in the Ham and High Broadway:

“I’ve grown up with Lotus. I’m very sad that it’s going to be demolished when it could be transformed into a fantastic museum to commemorate one of Britain’s greatest car engineers. 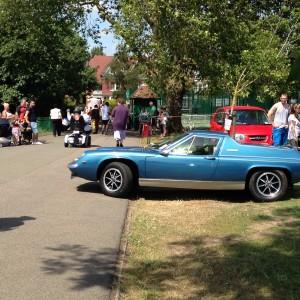 “In its heyday, Lotus was the best car racing company in the world – it all started in Hornsey. Just last week Hornsey Baths were pulled down; I think we should treat our history with a bit more respect. This is another piece of history demolished.”

To further the campaign, Arnold appealed to Lotus owners to take part in this year’s Hornsey Carnival.  Take a look at our photos of the Lotus cars joining the Hornsey Carnival parade.

However, this story does have a happy ending.  Due to overwhelming support, the planning application has been refused!