Brexit: How Might it Affect the Car Industry and Drivers? 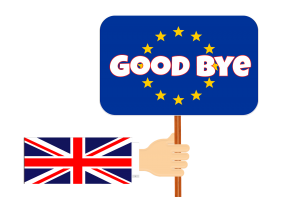 Since the referendum results (Brexit) were announced there has been a lot of uncertainty. The pound plummeted, Government disintegrated and UK business started to consider their future away from the EU.

So what does the future look like for the car industry?

The Society of Motor Manufacturers and Traders says the automotive industry adds around £15.5 billion each year to the UK economy. It employs a substantial number of people in the manufacturing business alone. It is one of the largest industries, as well as one of the largest European car markets which could be affected by the decision to leave the EU.

Leaving the EU does not only affect the industry within Europe, but also worldwide. The Government will need to secure deals in order to safeguard UK automotive industries around the world. For example, Toyota, the Japanese manufacturer produces cars at its location in Derbyshire and North Wales. In the wake of the referendum results it wrote to its workforce and said that leaving the EU could mean the UK can’t keep its current trading arrangements, which would mean paying duties and taxes on car parts and cars.

57.5% of British cars are exported within Europe so levies need to be kept low in order to maintain the status quo.  But this all depends on what the Government are able to negotiate during exit discussions.  So there is still a lot of uncertainty.

On the plus side, Stephen Cooper, head of Industrial Manufacturing at KPMG UK says, “We should not lose sight of the fact that this result can also lead to opportunities for manufacturers; a drop in the value of sterling could make the UK a magnet for trade, and the need to reshape trade policy may result in quicker decision making, and reduced red tape.”(https://home.kpmg.com/uk/en/home/media/press-releases/2016/06/what-does-brexit-mean-for-the-manufacturing-industry.html)

What does the future look like for car owners?

Just speaking to the local garage in the weeks following the results, they report car sales have dropped due to uncertainty. People are cautious about parting with their money.  However, the RAC recently said there was no evidence to suggest leaving the EU would make buying a car any more expensive.

What about driving? Petrol prices in the UK are already fairly high compared to other countries within the EU. Will they increase further? Again, no one can be certain but it has been suggested by various sources and experts post-Brexit it is likely they will.

Motor insurance rules have been varied as a result of EU legal decisions and regulations. Gender can no longer be a consideration when setting insurance premiums. This lead to insurance prices rising for some female drivers and lowering for some male drivers. Is it possible this rule would be scrapped? We do not yet know.

What about driving licences? The plastic cards currently have the EU symbol in the top left corner. It is certainly likely that this will change once we have left the EU. Drivers are concerned they will have to pay again for their new licences. And what about driving in EU countries? At the moment British drivers are able to travel freely once inside the EU and for an unlimited time. Non-EU visitors are limited to 90 day visits without visas so it may be British drivers will see the same.  The EU Motor Insurance Directive means British drivers are covered when driving within other EU countries. This could no longer apply, potentially increasing the costs for insurance cover once abroad.

The problem with huge change and uncertainty is predictions are made but no one really knows what will happen. Leaving Europe is going to take up to 2 years once article 50 is triggered. There is a huge amount of EU legislation to work through – some of which the UK will decide to keep and some they will not.  Negotiations will be made between the UK and Europe and we can just hope that the Government work in the people’s best interests.