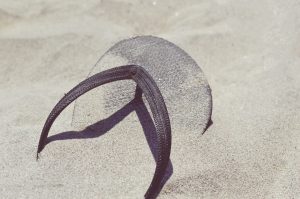 It is the law in this country to have valid insurance for your car. But did you know, even if you have the correct insurance in place there are things you could be doing to invalidate it? According to uSwitch, there are many common mistakes we make as drivers. Take a look at our list to see if you have committed any of these car insurance clangers.

1. Wearing inappropriate footwear. It’s summer, it’s hot, you step outside in your shorts and flip flops and get into the car to drive. Or maybe you’re headed out in a lovely pair of high heels. These shoes can be quite difficult to drive in and therefore fairly dangerous. If you have an accident your insurance could be invalidated by wearing these items.

2. Leaving the car unlocked. Sounds simple – you park and lock the car. But many people forget or just think they’ll nip inside quickly while the car is running. Don’t. If your car is stolen you won’t be covered.

3. Not maintaining your car. Sounds obvious again but if you ignore problems and they then turn into bigger problems it may be that your car insurance policy won’t pay out. Your car should be kept in a safe condition.

4. Out of date MOT – forgetting to renew your MOT invalidates your insurance. Not having the relevant MOT is also an offence punishable by a fine. The same goes for tax. You must have up-to-date car tax.

6. Report all accidents, even minor ones. People are often reluctant to report an accident in order to avoid losing their no claims discount. However, it could invalidate any future claims if you don’t report. You don’t need to make a claim, just inform the insurance company that your car has been in an accident, albeit minor.

7. Do you have fluffy dice or anything else hanging from your rear view mirror? Did you know it could invalidate your insurance. It’s because it’s considered an obstruction to your view so best to take those fluffy dice down and keep the view clear.

8. Inform your insurer of any change in circumstances – a house move, change of use for your car (ie, if you start to use it for a commute), change in parking position (garage to road). If they aren’t kept up to date then claims on the policy could be considered invalid.

9. Who is the named driver? There was a practice where people would declare themselves as the main driver on the policy of insurance for another driver. It’s known as fronting and insurers are on to it. It was used to reduce the premiums, for example, parents placing their names as main drivers for their children’s cars. It’s actually considered fraudulent so is illegal. So be upfront and honest about the main driver.

So these things do seem obvious but according to the uSwitch survey these are the things drivers are most likely to do to invalidate their insurance policies.