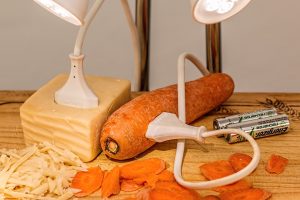 It used to be that there were two choices of fuel for your car: petrol or diesel.  However these days the options are expanding as the motoring industry explores different ways to power vehicles.  Here’s a lowdown of the choices available.

There are generally two types of petrol that you can fill up with:

The standard unleaded petrol which most cars use is 95 RON.  Sometimes known as “premium”, the 95 RON refers to the octane level of the petrol (how easily the fuel ignites in the engine).

Super unleaded is the highest octane petrol available in the UK.  It is often used by Porsche, Ferrari and high-performance Japanese cars.

Some garages will sell their own branded high performance fuels boasting additional benefits to the high octane rating.

There is usually only one choice of diesel available at the filling station (at the black pump).  It should of course only be used for diesel vehicles!

However there are a few garages now selling fuel manufacturers own brands of high performance fuels.  They contain a higher cetane rating (diesel equivalent of octane) which ignites and burns more quickly and efficiently.  Some also include additional lubrication and cleaning agents which can keep your engine clean and remove existing deposits.

LPG is a “liquid gas” also known as butane, propane or autogas.  It is the by-product of refining crude oil and processing natural gas liquids.  It is seen a low carbon fuel.  LPG costs around half the price of petrol.  Find out more information about it on the RAC site.

Not very commonly used, hydrogen has some huge advantages over the traditional car fuels.  You can drive really far on a full tank of hydrogen (about 300 miles) but its fuel economy is about double of petrol vehicles.  However it is good for the environment as the only emissions are water vapour and hydrogen is abundant (can be made from renewable energy).

The problem is the lack of filling stations.  According to Next Green Car, there are currently around six publicly available ones in the UK.

Biodiesel and bioethanol are made from plant crops rather than oil.  They can be used on their own or blended with regular diesel or petrol.  UK fuel suppliers have been required to include some biofuel in the fuels that they sell (up to 5%).

If you decide that you want to use a higher percentage of biofuel in your car then you need to look for specific biofuel products.  However you must be aware that these aren’t currently supported by car manufacturers and they can invalidate the warranty if something were to happen to your vehicle.

Whatever vehicle or fuel you use, we welcome you all in for a service or MOT at our garage in Edmonton!