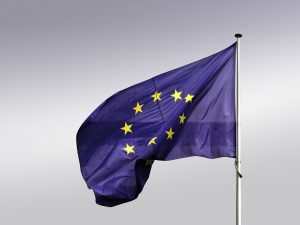 Brexit? Will we or won’t we leave the EU? Recently it was ruled by the Supreme Court that Article 50 cannot be invoked without Parliament having it’s say. This means that the situation is far more complicated than initially thought and is likely to take a lot longer than originally planned.

So, until we DO leave the EU we are still bound by the laws and regulations.

A new Directive has been passed which will affect MOTs. In 2012 the MOT changed as a result of the EU but changes for 2017 will be down to the Government and what/how they choose to adopt the changes.

We could see changes around the way vehicle emissions are checked. In addition, the way in which safety functions such as brakes are checked could change.

Additionally, if a car is deemed too dangerous to drive then it could actually lead to a ban from the road.

Uninsured drivers could be set to receive compensation under new EU rules. The MIB (Motor Insurance Bureau could soon pay claims for damage sustained by uninsured drivers, and that includes damage to cars which are uninsured, according to reports from The Times and Daily Mail. This will mean more pay outs and potentially higher premiums.

These changes are not yet set in stone so we cannot say how drivers will be affected.

Now, just because a law isn’t in place in this country, you still must abide by any rules and laws in the countries you visit and drive in. For example, we recently found an article on emission reduction in Paris. New rules have been rolled out in the countries capital to cut air pollution. If you travel to Paris and are brave enough to drive there you will need to display a ‘clean air’ sticker on your windscreen or potentially face a fine of up to £117. The stickers can be ordered online (currently only in French) and have six different categories depending on the type of car you have (electric, petrol, diesel etc). Some cars don’t have any categories and are completely banned from driving in the city! We will wait to see if this idea catches on in the UK.

Always check before you travel and Happy Driving!