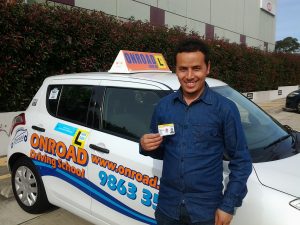 In December 2017 the driving test as we know it changed.  The DVSA (Driver and Vehicle Standards Agency) wanted to bring the test into line with the skills new drivers need to have on today’s roads. Such as driving with a satnav and driving on high speed roads.  The major changes are as follows:

We recently wrote an article about the law in relation to satnavs in cars. Many people use them nowadays and they can be a distraction. So, the new test will incorporate it as part of the possible skills examined in order to train new drivers to use them safely. The driving instructor will set the route on their own satnav and the driver will be expected to follow the route. They can ask questions if they need to and if they take a wrong turn it won’t be a fail, unless they make a fault.

This has always been part of the test but will now be for up to 20 minutes. The DVSA say that research shows new drivers find independent driving useful once they go on to pass their test and drive alone.

There will be two different types of safety question. A ‘tell me’ and a ‘show me’ question.

The first will be asked at the start – before you drive. You will be asked to tell the examiner how you would carry out a safety task, such as operating the windscreen wipers.

The show me question would be asked during the examination. You will be asked to show the  examiner how you would carry out a safety task during driving.

There will no longer be a reverse around the corner or turn in the road manoeuvre. Instead they will be replaced by these 3 possible reversing manoeuvres:

The cost of the driving test will remain the same for now.