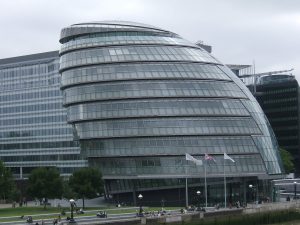 Last year the Mayor’s Clean Air Consultation received over 15,000 responses.  London’s new mayor will be introducing the £10 “T Charge” on the capital’s most polluting vehicles.

What is the T charge?

The “T Charge” is a toxicity charge (also known as Emissions Surcharge) which will be introduced by new London mayor Sadiq Khan to improve London’s air quality as soon from 23rd October 2017.  It will cover the same area as the current congestion charge zone, use the same cameras to identify the worst offenders, and the same payment options will be available.  This fee will be on top of the current congestion charge fee.

How much will it cost?

Details have now been finalised and you can check if your vehicle is affected on this new TFL link. Cars, vans, lorries and motorcycles who are in excess of these emissions limits will be charged £10.50.  This means that some drivers could be paying as much as £21.50 to drive in central London.

Why is the new mayor doing this?

As part of his successful mayoral campaign, Khan said he would reduce levels of NOx (nitrogen oxide) and particulate emissions from cars and commercial vehicles driving in central London.  It is reported that 9,400 die a year due to polluted air in London.  In Putney High Street for example the NOx levels are so high that they breached the EU level for the year in just the first week into 2016!

What else is the mayor doing to combat air pollution?

London’s new mayor also wants to extend the Ultra-Low Emission Zone (ULEZ) as far as inner boundary of North and South circular roads, almost doubling it in size (original plan was to have the ULEZ in just the congestion charge zone).  He has also hinted that it could be brought forward by one year to 2019 as opposed to the original proposition of 2020.

Khan is also working with Transport for London to see how to introduce a scrappage scheme of the most polluting diesel vehicles; and from 2018 he wants to buy only hybrid or zero-emission double decker buses.