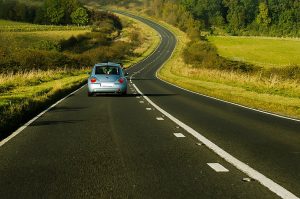 We are only just starting 2017 but the motor industry is already busy keeping up with new changes to motoring laws and regulations. This article will give you a brief rundown of what changes you can expect to driving laws in 2017.

Despite the Brexit drama, until we leave the EU we are still subject to any laws and regulations coming out of the European Union.  In 2017 EU laws will be clamping down on law-breaking for foreign drivers. This means that if you break a motoring law whilst in a European country you could be fined or even lose your vehicle!

CHANGES TO THE UK DRIVING TEST

In 2017 the driving test is being changed to add new manoeuvres and longer independent driving. The reverse around a corner manoeuvre will be replaced by more real life driving such as reversing into a parking bay and following directions from a satnav.

Taxing your car could become more expensive. We recently posted an article about the changes set to come in April this year. From that date vehicles will still be taxed based on the CO2 emissions, but it will be costlier. Low CO2 emission vehicles will see an increase in tax. The only cars exempt from paying tax will be 100% electric cars.

Motorists caught using their mobile phones at the wheel will face harsher penalties from 2017 onwards. Drivers will be given an on the spot fine of £200 (up from £100) and 6 penalty points on their licence if they are caught texting, calling or using their phones for any other purpose whilst driving. This means that effectively drivers will face a two-strike policy. 12 points on your licence means a ban from driving for at least six months.

Booster seats (backless) or booster cushions face new regulations. They are set to be in force from March 2017. They will apply to all new products coming in to the UK. The seats will have to be labelled to restrict their use to children who are taller than 125cm and weigh more than 22Kg.

The message is a bit confusing though on owners of existing booster seats. However, after a bit of research we have found that if you already own one, then your child can continue to use it.  Although the advice is to try and adhere to these new rules.