How to Reduce Crime with a Dashcam 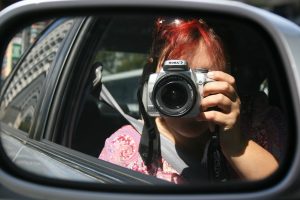 So, what is a dashcam?

A dashcam or dashboard camera is a camera that sits in the car and continuously records through a vehicles windscreen. It can be attached to the dashboard or to the window.

It can provide evidence in the event of an accident or even a criminal offence by providing first hand evidence of events.

Yes they are. You simply buy one, attach it, plug it in and you are ready to go. The only proviso is that you attach it correctly and so it does not obstruct your view.  If it is deemed to be an obstruction then the police could stop you and fine you.

What are the positives of a dashcam?

Well, as well as providing a first hand eye-witness account of what happened in an accident, it can also serve as evidence in criminal offences taking place on the road. In 2015 the UK Courts saw their first jail sentence handed down as a result of dashcam footage.

Here are some ways in which dashcam footage can prove useful:

Scams such as crash for cash claims are on the rise, where criminals brake suddenly in front of another car, causing it to crash and then claiming it on their insurance. In cases such as this both front and rear dashcams could prove invaluable in proving liability.

Even if your vehicle is not involved in a hit and run, the evidence from the dashcam could prove invaluable in proving a case that might otherwise be unsolvable.

Road rage is sadly on the rise with as many as nine out of ten drivers saying they have been subject to some form of it.  A dashcam could provide the police with essential information on drivers and licence plates.

So have you used a dashcam? What are your experiences of driving with one? Let us know by tweeting us @MEBMotors