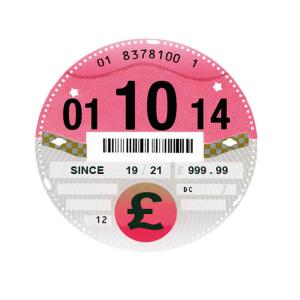 Drivers have faced new changes in the past couple of years and the latest one to roll out will be to Vehicle Excise Duty – or car tax as it is more commonly known.

Vehicle tax has been around for years – since the 1800s. But the rules as they are now came into force in the 1920s. Money raised from road taxes was to be used for road construction, although now it is just used for general taxation purposes.

Currently there are different bands for different types of car and year of registration.  For vehicles registered on or after March 2001 charges are based on CO2 emission rates per Kilometre.  In 2013 an extra charge was added for the first year of registration to serve as a reminder to car buyers of the environmental implications of their purchase.

The old system will be largely scrapped in 2017.  It will be replaced by a three band system and will apply to vehicles registered after 1st April 2017, so essentially new cars.  The aim of the changes is to make it fairer to for drivers with older or second hand cars.

Emissions will only be taken into account in the first year of ownership.  In his budget the Chancellor said the current system isn’t “sustainable or fair” with more people now owning low emission vehicles and an increase in people paying no tax for their first year of ownership.  The Chancellor said motorists will get a better deal from the new VED rates.

The rates will be split into bands. A starter rate for the first year of ownership and a standard rate for subsequent years.

After the first year, payment will be as follows:

There will still be a £0 charge for vehicles with a zero CO2 emission rate.  But for those in excess of zero CO2, they will pay a subsequent annual rate of £140.

Cars valued at £40,000 or more will pay a higher supplement rate of £310 per year for the first five years of ownership, to which the standard rate applies.  The standard rate for such cars will be £450 instead of £140.

Who will be most affected?

There is concern that there will be less incentive to purchase low emission cars.  Figures from the Society of Motor Manufacturers and Traders (SMMT) show that there has been an increased demand for low-emission vehicles which has help drive growth in the UK’s car market.  (taken from www.autocar.co.uk/car-news/industry/industry-hits-out-planned-ved-changes)

You can read more about this here www.autocar.co.uk/car-news/industry/industry-hits-out-planned-ved-changes.

So put the date in your diaries if you are planning to buy a new car after April 2017. You’ll definitely want to take this into consideration.