The five senses of your car’s air conditioning 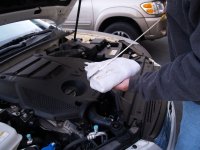 At Volante Garage Edmonton, we love springtime.  Not only because it hails the end of the cooler weather but because we get our lovely customers calling about their cars’ air conditioning units.

Think about it, a lot of car drivers won’t have felt the need to put the air conditioning on during the winter months but now the weather is warming up, it’s only natural to want to drive in comfort.

We give you the lowdown on the 5 senses of your car’s air conditioning!

One customer described a doggy smell coming from the evaporator behind the dashboard (and they didn’t even own a dog!).  Odd smells like this is caused by a build-up of bacteria, mould and fungus growing in the evaporator core.  Never fear though, it can be remedied with an anti-bacterial treatment that destroys all those nasties growing there.

Why does my car not feel cold enough?

Air conditioning is supposed to keep your car cool.  If you don’t think it is cold enough, you might need to get your air conditioning unit recharged (sometimes known as a re-gas).  This is where the gas in the air conditioning system is recovered and purified, a process which will need to happen every 2 years.

Why can I see water on the passenger’s side?

Don’t panic, it’s just water dripping from the air conditioning evaporator.  There’s a drain tube fitted on the evaporator which allows condensation from the evaporator to drain away from the vehicle. It could be that this drain tube is blocked or detached which means that the condensation will drip – giving you a damp carpet.  It can be fixed in a service.

I’ve got a taste for saving money…is it true my car’s air conditioning uses lots of petrol?

Yes, but not by much as air conditioning units are more efficient these days but do need fuel to operate.

No, if you had your windows open when driving fast (55 mph+), there would be an increase in wind resistance which can add an extra 10% onto your fuel consumption.

Even if you don’t have any of the about symptoms, do book your car in for an air conditioning check at least once a year. We look forward to seeing you soon!