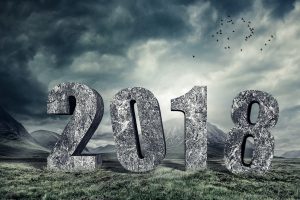 A new year brings new legislation into force.  At MEB the Motor Centre, we’ve taken a look at the biggest motoring law changes for 2018 so that you know where you stand.

Perhaps the most publicised and controversial changes are around the driving test.  There are four changes which will affect you if you are taking your test in 2018:

In May 2018, classic cars will be exempt from MOTs.  Cars over 40 years old will not have to take the yearly road test. Around 1.5% of cars on the road will be driving legally without an MOT.

Ok, not strictly a vehicle but someone still has to pilot/drive it… The UK government is introducing new laws so that users will have to not only register their drones but take a basic online safety test in order to use it.  These changes come into play because of the health and safety fears surrounding these unmanned aircraft.

2017 saw many changes in motoring laws, here’s a rundown on what laws were introduced in 2017:

MEB the Motor Centre is a local independent garage in Crouch End offering MOTs, repairs and services to all makes of car.